Music for a Desert Island

If you were to be stranded on a desert island, what would you want to take with you?

BBC Radio has been asking that question for nearly 80 years. The show’s guests, known as “castaways,” are interviewed about what eight pieces of music, along with one book and one luxury item, they would choose to accompany them should they be banished to their own personal Elba.

My luxury item would be an acoustic guitar. The book? Maybe Mark Helprin’s “A Soldier of the Great War.” Though I would have to reread it before embarking for my lonely island just to be sure. A few years ago I would have chosen “Gravity’s Rainbow” by Thomas Pynchon. Or maybe Lawrence Durrell’s “Clea” or Jim Harrison’s “Dalva.” Yet none of those stood up very well to rereading.

The castaway’s music question is a tougher one, especially if you’re one of us semi-obsessive music fans. How would your choices hold up after years of playing them, as you stared out to sea from your isolated beach?

Deciding on the eight recordings is of course a window into the life and mind of the decider. You can tell someone by the friends they choose and by the music they love.

Here’s my list with four of the eight recordings, in no particular order and albums, not individual songs. Let’s allow, too, for a quick note on a runner-up by each artist. (The other four choices will follow in 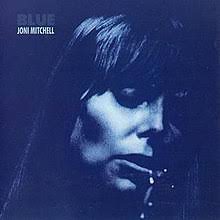 1. “Graceland,” by Paul Simon. It’s rhymin’ Simon at his creative peak, a massive comeback from the undeservedly forgotten “Hearts and Bones.” When he was developing “Graceland,” Simon went to apartheid South Africa for inspiration. And boy, did he find it: township music, Ladysmith Black Mambazo, and rhythm players with a delightfully unAmerican groove.

All of which circled Simon back to writing about a road trip to see Elvis Presley’s mansion. Then to a man and his rich girl wearing diamonds on the soles of their shoes. Call me Al, and this is one album I’ll be listening to for a lifetime.

Runner-up: “Paul Simon’s Concert in the Park.” Despite the background noise from 50,000 New Yorkers jammed into Central Park, this live album nicely captures multiple highlights of his career. “Me and Julio,” “Kodachrome,” three cuts from the Graceland follow-up album called “Rhythm of the Saints,” and even “Bridge Over Troubled Water.”

2. “Blood on the Tracks,” by Bob Dylan. Of course the list has to include Dylan, our greatest living songwriter. As I contemplated which of his albums to choose, I searched first through the earlier stuff — “Highway 61 Revisited,” for example, and the nonsmoking-Dylan’s “Nashville Skyline” (too polished, though, to truly represent him). Then there’s “Modern Times” one of several standouts from his Nineties revival.

But for me, “Blood” is quintessential Dylan. If only because the opening cut, “Tangled Up in Blue” captures the journey of a generation in one deeply symbolic, hypnotic song: “I don’t know how it all got started, I don’t what they’re doing with their lives.”

Yes, the record includes the maddening “Idiot Wind.” But I could listen forever to the rest of the cuts. Dylan wrenched them out of his heart after the breakup of his marriage to Sara. She gave him shelter from the storm, yet ultimately all he could do was to ask the listener, “If You See Her, Say Hello.”

The recently issued “More Blood, More Tracks,” compiles multiple versions of the songs that made up the original record plus some extras. For now, let’s stick with the original.

Runner-up: “Blonde on Blonde.” Because Dylan had the guts, early on, to claim everybody must get stoned, to tell a woman straight out “I Want You,” and because, well, in today’s world mostly likely you’ll go your way and I’ll go mine.

3. “Abbey Road,” by the Beatles. Sure, the more obvious choice is the White Album (actually titled “The Beatles” though it’s forever known by its cover). The White Album had two long LP sides of the Beatles (mostly) brilliance recorded amid the slow demise of the best band ever.

Ultimately, though, there’s “Abbey Road.” George Harrison shines on what was Side 1, and for my money it’s hard to identify a better 20 minutes of music than Side 2. It crescendoes and then crashes: the cheerful musicality of “Here Comes the Sun”; then one woman who’s so heavy and another who comes in through the bathroom window. The album ends with timeless wisdom: “In the end, the love you take is equal to the love you make.”

Runner-up: The White Album, for many reasons: because of its cultural resonance; the fact that most of the songs were written in India under the influence of the Maharishi; because Clapton’s guitar gently weeps; my parents named their Prudence-class Herreshoff sailboat “Dear Prudence”; and the album reminds me of a snowy Christmas in the late Sixties when we played it over and over again.

4. “Blue,” by Joni Mitchell. There was a time in the 1970s when if you met someone who loved this album, you knew you had found a kindred soul. No other album by a white artist is more soulful than “Blue.”

We loved Joni for the way her music burned into our lives— “songs are like tattoos” — and for the longing in her lyrics. “You’re in my blood like holy wine, you’re so bitter and so sweet.”

“Blue” is shot through with her breakup from Graham Nash and her torrid affair with James Taylor, who played on three cuts. The album also captured her rollicking good time with a redneck on a Grecian isle. And it leaves us with cautions about the dangers of “acid, booze and ass, needles, guns and grass.”

This is the album for when you’re going through a breakup or have survived one. For those lonely nights when sleep won’t come, for every yearning of the heart it evoked. For “Little Green” and all we’ve left irretrievably behind — the child we might once have had or had once been.

Runner-up: “Miles of Aisles.” Among her other studio albums, I’d pick the original, informally known as “Song to a Seagull.” I discovered Joni early on and saw her solo when I was in high school, taking inspiration from how she saw the world with no apologies and guitar tunings that seemed otherworldly.

But “Miles” captures so many of her best songs. It’s a sentimental favorite, too, because I caught her in concert with the L.A. Express in Saratoga Springs, just a few days after most of the “Miles” songs were recorded in California. I saw that show with a woman I loved. We had great seats, and Joni absolutely shined.